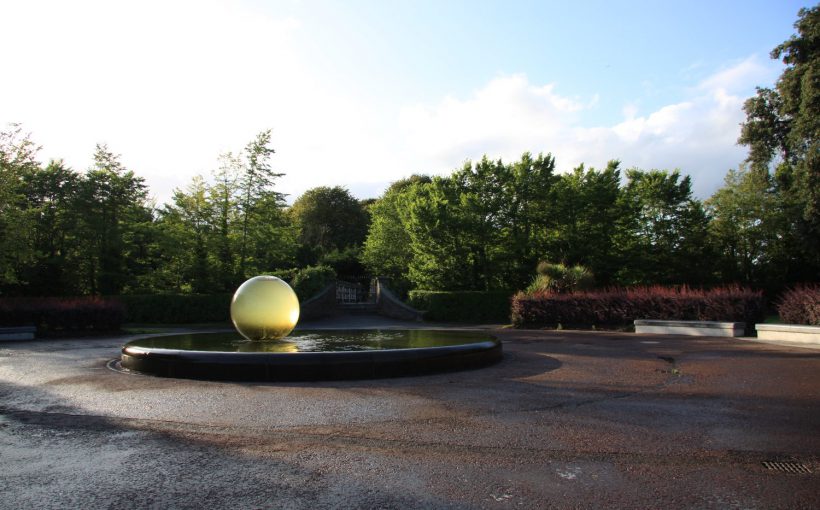 Waterford is a city in the south of Ireland. Allegedly it is Ireland’s oldest town. It is situated on the banks of the river Suir very close to the sea. There are plenty of things to do and see. I highly recommend just wandering around and exploring the old town. It’s quite chilled out and mellow.

Waterford is a rather pretty town with an interesting city centre and a well preserved city wall. If you are into sightseeing that alone is reason enough. It doesn’t end there. I also got some entirely useless information you might like. For example; Waterford is the only city to keep its Viking name Vedrarfjord. Also I was told that Reginald’s Tower – for all I care the most famous Waterford landmark – is considered the oldest urban civic building in all Ireland. Fascinating; I know.

A bit of history then; Waterford was founded by the Vikings. You guessed that already. It goes back to the year 914 and is a rather typical Viking foundation close to the sea at a riverbank. Until today it is a flourishing port. Its maritime heritage is omnipresent. At some stage the local shipyard was a major economical factor but this of course changed. I guess Irish ship building never really recovered from the Titanic disaster.

In 1497 King Henry VII granted the city its motto Urbs Intacta Manet Waterfordia which literally translates as Waterford remains the untaken city. It had to do with some unjustified claims to the English throne by two pretenders which Waterford ignored. It’s a proud motto so they kept it.

Waterford is most famous for Waterford crystal who recently went bust. That’s a crying shame but the factory is still there. Should they fail to rescue the business we can only hope that they at least safe the site. (At bit of good news there; Waterford Crystal was safed. A new visitor centre opened it’s doors in June 2010.)

La Taverna – is a proper Italian restaurant. It’s run by Italians and I would be surprised if there is even one ingredient in their food that they don’t import from Italy. It’s spectacular! It’s located in one of the side streets of the main shopping mile.

The Beach Haven Hostel seems to be the number one place in town. It’s a 160 year old Georgian house but fully restored. It’s not in Waterford but the beach resort Tramore!

The Pilgrims Rest is a spectacular place to stay but again a little bit out of town. It’s actually close to the fishing village of Cappoquin.

Travelodge Waterford – it’s quite OK and not too far away from the city centre. If you are planning to visit Waterford Crystal this is the place to stay. Basic but OK.

You can’t really go wrong with a B&B except that it is a bit more pricy. On my last visit we paid 35 Euro pp. That’s pretty much average.