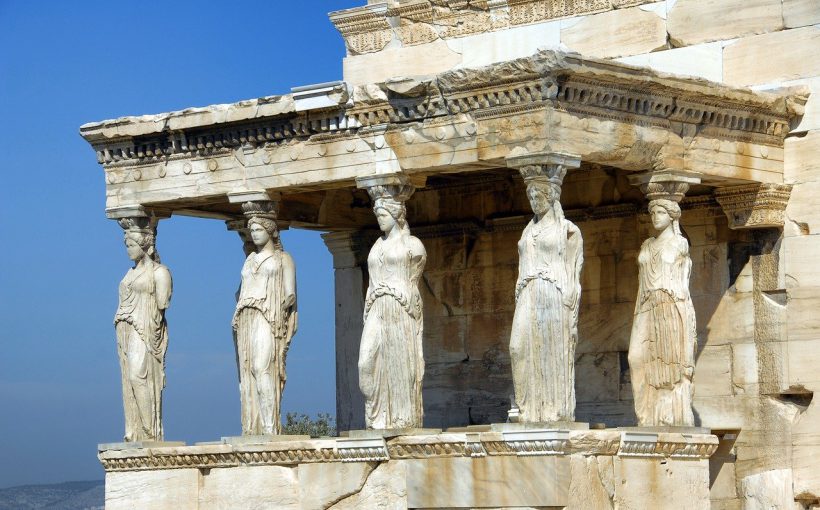 This section deals with the continent Europe. Some call it the “Old World” contrary to the so called “New World” across the Atlantic. Well, if you insist younglings, we can live with that.

Technically Europe isn’t actually a continent. It is part of the continent of Eurasia and not even a big one. Europe covers only one fifth of Eurasia and is not much more than a peninsula. To the west is the Atlantic, north the Arctic Sea, south are the Mediterranean and the Black Sea; roughly speaking anyways. Ural Mountains, Ural River and the Caspian Sea in the east and the Caucasus in the southeast divide Europe from Asia. Europe – at least when it comes to area – is not exactly big although population wise we come in third behind Asia and Africa. With 10.180.000 square kilometres Europe is indeed the second smallest continent. In these modern days area doesn’t really matter anymore so we don’t suffer any inferiority complex because of it. When it comes to political and cultural influence – and this is what matters – we are second to none. Some might disagree with that but historically speaking there is not much argument about it.

Europe is the birthplace of Western civilisation. We all heard of the glorious days of Ancient Greece and Rome. The Parthenon in Athens and the Coliseum in Rome would be the most famous examples of architecture of that time. The museums are full of Greek and Roman art and for a good reason. Their artistic achievements were outstanding.

Just as important was their contribution to science. Especially the Greek scientists discovered plenty of natural laws, invented some of the most amazing stuff and last but not least founded scientific disciplines like history, logic and philosophy. If you ever wondered why most of these disciplines have Greek names, well now you know. There is a reason why ancient Greek and Latin are still taught in schools although they are not actually spoken anywhere (well with the exception of the Vatican).

Many consider medieval times at some sort of dark ages but that’s not true. Things were different and not as pretty as they used to be but that’s all. Most of the scientific research happened in monasteries and they don’t like to share their knowledge. I am quite sure they found out loads of cool stuff it’s just that no one knows about it.

“Modern times” started in the 15th century, some say with the discovery of America by Christoph Columbus others believe with the fall of Constantinople. It doesn’t really matter I guess.

The first thing that happened was the Renaissance. During that time the occident rediscovered the Classics and made huge progress in science, art and culture. It was the age of discovery and led to Europe becoming the dominant power in world affairs and the driving force in scientific and cultural progress at least for a while.

Modern times saw the industrial revolution as well as major societal changes. The French for example overthrew their traditional political system and on that occasion decided to kill their king. It may not sound like much but it was in fact the dawn of modern democracy.

It all sounds nice but of course there also was the dark side and I am not just talking about the crimes during the Reign of Terror under Robespierre and the Jacobins. European powers were always obsessed with war. And they didn’t just try to kill each other but also expand their influence to other regions. That led to colonisation with all its cruelties and crimes. At some stage European countries ruled half the world through their colonies but it was only a question of time until it would have to pay the price.

It finally happened in the 20th century. During World War I and II vast parts of Europe were destroyed and it finally lost most of its influence in global affairs. You can blame the Germans for it but that’s only half the truth. We don’t want to go into too much detail here. Important is the result: Two new superpowers emerged.

What followed was the Cold War. The two big players there were the Soviet Union and United States and both helped rebuilding Europe although not entirely altruisticly. A long story that is.

As a result of World War II and the start of the Cold War Europe was divided by the so called Iron Curtain. Things got difficult from there. In Eastern Europe that led to the formation of an Eastern block and the Warsaw Pact under the dominance of the Soviet Union. The Warsaw Pact was to some extent a response to the foundation of the North Atlantic Treaty Organization (NATO). This military alliance was led by the USA but was based in Belgium and involved most of the Western European countries.

The military alliance eventually led to the foundation of the Council of Europe which later became the European Union (EU) and this is where things got better. The EU turned out to be quite successful and after the fall of the Soviet Union expanded eastwards. This process is still not finished and negotiations with potential new members are underway.

At this stage most of the European countries are part of the European Union though that in 2002 even introduced a common currency. The Euro subsequently replaced most of the national currencies in the western European countries. This was mainly driven by France and Germany at the time but welcomed by others like Italy, Spain, Portugal, Ireland, Greece, Holland, Belgium, Austria, Finland, Luxembourg and even the Vatican. Most of the newer members of the European Union are eager to follow. Not all countries that were initially invited to join the Euro did so though. The most prominent members of the reluctant fraction are Sweden, Norway, Denmark and – needless to say – Switzerland.

The UK – don’t ask why – has decided to actually leave the European Union. This is a first so we are all quite curious what will happen. And we are certainly most happy to watch this from outside the UK.

Most of Europe these days has open borders to their neighbours. There are no passport checks or anything which makes travelling easy. With the Euro as the common currency it no longer feels like you are actually in a different country. That of course is only until they start speaking. This is one of the things were Europe differs from for example America. Most countries have their own language and in some cases more than one. Taken into account that there are about 50 different countries in Europe just carrying the different phrase books is a challenge.

There is no real lingua franca in Europe. English would be understood by many people but don’t rely on it. Once you are off the beaten track you should have at least a basic knowledge of the local tongue. Good luck with that. Russian and Greek for example use a different alphabet so you can’t even read it.

What else is there to say? Europe is really cool. It has loads of interesting things to see. Some of the cities here look back at almost 3000 years of history. If you think the Egyptian pyramids are old you are right but we can do better. Newgrange for example in Ireland was built over 5000 years ago and it is still intact. Europe might be the old world but it still rocks.