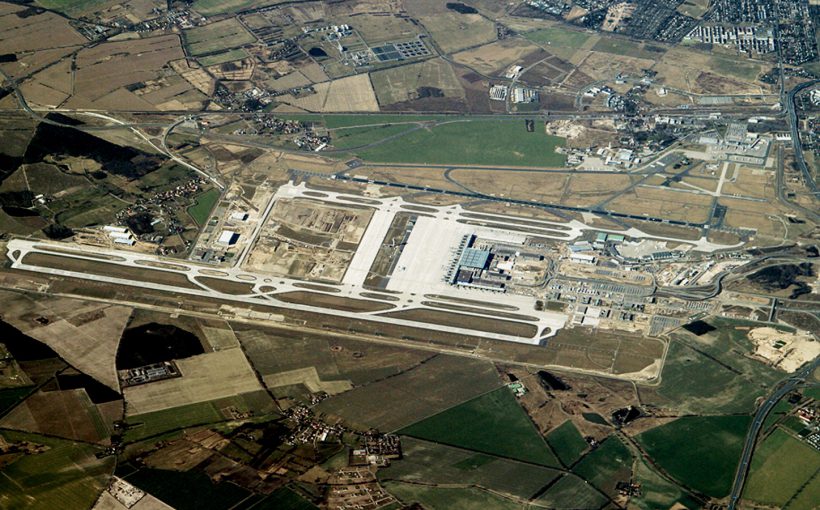 Berlin used to have three airports. That has changed but not the way you would expect. They are down to one. And then there is one that may or may not open soo.

Since the other two are still around and in a way are monuments of a colourful past we want to introduce them as well as the one that may replace them all.

Tempelhof was a classic. It was literally in the middle of the city. It was surrounded by apartment blocks and landing there was quite an experience. Although quite small it was most popular with business people. Of course they prefer to be in the middle of town already. The people living there probably won’t miss the airplanes but I thought it was pretty awesome to look into their windows while landing on a plane.

Tempelhof was actually one of the oldest commercial airports in all Germany. It was opened in 1923. It was situated within the S-Bahn ring only four kilometers of the actual city center. In the 1930 Tempelhof was busier than the airports in London, Paris and Amsterdam. Since it worked on its limits the Nazis decided to extend it a little.

Of course they did it Nazi style. The new terminal was – at least by square – footage the largest building in the world. The Pentagon in Arlington later took that crown from Tempelhof.

After the war the Americans used the airport and renamed it Tempelhof Air Base. During the Russian blockade of Berlin Tempelhof became vital for the supply of West Berlin. The US forces installed what became famous as the Luftbrücke (airlift). The planes that provided the vital supplies were called candy bombers and it was the beginning of a deep and fruitful friendship between the American occupation troops and post war Germany.

The airport was finally shut down in October 2008.

Tegel Airport during the cold war was the main Berlin airport. West Berlin was an island surrounded by communist East Germany and cut off. Tempelhof was limited in size and there was no way to extend it further. Tegel became the airport of choice and towards the end was the fourth busiest airport in Germany.

Originally the area was a base for airships. There was a huge hangar which dates back to 1906. After World War I Germany was no longer allowed an air force so Tegel was shut down. In the 1930ies they experimented here with rockets.

After World War II the area was devastated and looked like the surface of the moon. The allied bombers had done a thorough job. Still it was an ideal place for an airstrip. Facing the Russian blockade of West Berlin the French occupation forces in cooperation with the Americans and local workers build an airfield in just 90 days. 6 weeks after the blockade started they build a 2,5 kilometer long runway that at the time was the longest in Europe. The first airplane landed on Nov. 5th 1948.

All the terminals and buildings were pretty provisional but it was the beginning of a success story. By the year 1968 all charter airlines had moved from Tempelhof to Tegel.

With the completion of the new Airport Berlin Brandenburg will come the end for Tegel airport. While many people are pretty sad to lose the convenient choice – the new airport is far out of town – the many people living along the entry lane won’t be too upset.

And who ever thought the end Tegel is near has now learned that it might be open a lot longer than anticipated. See below

Berlin Schönefeld was the airport for East Berlin. It is 22 kilometers south of the city center so a bit out of town. It started out as an aircraft factory in 1934. After the war The Russian troops dismantled the factory and brought most of it to Russia. The remains were blown up.

In 1946 the main Russian airline Aeroflot moved there and in 1947 the construction of a civilian airport was ordered. It became the main airport for East Germany. After the German reunion passenger numbers declined at first but more recently Schönefeld was chosen to become the location for the new and only Berlin airport BER. There are four terminals and two runways (3600 and 4000 meters long).

It will go by the name Willy Brandt Airport. Willy Brandt was a former chancellor of Germany and major of Berlin. The new airport would deserve its own article here but for now I will keep it short.

The completion of the Willy Brandt airport was orginally projected for 2011 and then summer 2012. A couple of time we got really close but matter of the fact is. BER is still not open and we now have January 2020!

Looks like the people in charge of the project are either utterly useless or they taking everybody for a ride. To make things worst, the last time they announced the grand opening (a bit pre-mature as you can guess) but they did not tell anyone that the airport does not actually have a certification to open yet, so all the businesses and airlines prepared for the move there.

With only a few days notice they were then told that it won’t happen. This caused a lot of trouble. Airlines had to transport kerosene already stored in huge tanks in the new location by truck through the entire city.

Literally every party involved was ready for the big day except the airport. And with the delay only announced the very last minute it was to be expected that the fines alone will cost millions.

The delay of BER ultimately lead to the bankruptcy of one of the major German carriers (Air Berlin) who had planned to use the airport as its main hub.

The latest I heard is that the airport will open this year. We will see about that. Fact is, that they actually had to replace all electronic devices like screens. They had reached their end of life before the thing opened. So much for German efficiency.