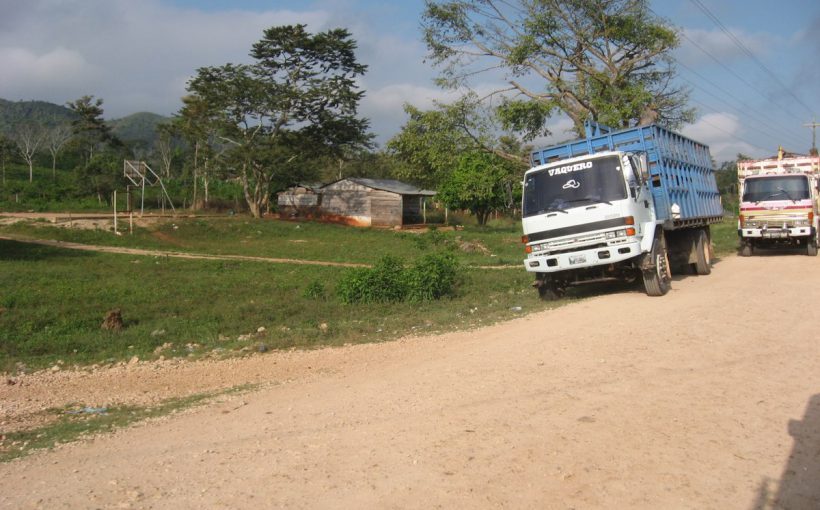 Guatemala is one of my favourite destinations world wide. Where Mexico in parts comes across as a Disney World for the rich Guatemala still appears genuine and quite obviously a lot poorer. The positiv side effect for you is; it is a lot cheaper to travel than Mexico.

Guatemala is not exactly huge but things move relatively slow. Keep that in mind when planning a trip. The roads used to be somewhere in between gravel path and mud slide but this has changed. Some say it has to do with the new president owning a concrete factory. Fact is that the roads improved dramatically in recent years. Travelling around still takes a lot of time and there are still areas where nothing has changed and the roads are as bad as they used to be. Guatemala is a versatile and incredibly beautiful country. The locals are helpful, hospitable and friendly. It is hard to imagine that for decades a devastating civil war took place here. The atrocities that happened during that period of state sponsored terrorism and guerrilla warfare are unimaginable. In 1992 the Nobel Peace Price was awarded to Rigoberta Menchú – a Quiché-Maya Indian – for her efforts to inform the world of the crimes that happened in her home country. Her story as it is told in the biography I, Rigoberta Menchú is shocking “must read” for everyone interested in the countries history.

The main sights in Guatemala are Flores and the Maya site Tikal in the north, Semuc Champey in the Verapaces and Lake Atitlan in the south.

Tikal is indeed one of the most impressive Maya sites in all Central America. To get there it is easiest to stay in Flores which as a place is surprisingly pretty.

Semuc Champey on the other hand is simply astonishing; a series of pools and falls in a massive gorge with a view from the top. Lago Atitlan is a large lake high up in the mountains. What makes it so special is the fact that is surrounded by volcanoes. It looks spectacular.

Other places of interest are El Mirador, Quetzaltenango with the nearby volcanoes, Monterrico at the Pacific coast, Livingston on the Carribean coast and Chichicastenango with its traditional markets.

Most of Guatemala is high up in the mountains. It get’s quite cold especially at night. Warm clothes are essential!

I’m not sure if that’s official but I would divide the country into 4 major regions.

There are the hot and humid plains at the Pacific coast down south, then there is the volcanic belt (There are 35 volcanoes in Guatemala), followed by the much more gentle looking Verapaces and finally the hot and flat Petén region in the north. The areas are very different from each other in appearance and climate; even the people look different.

All the bigger cities are in the highlands and the south. The north is sparsely populated. As a result there is a lot of traffic in the south and also a lot of pollution while the north looks relatively untouched and as if it was forgotten by time.

Guatemala is beautiful but you will see a lot of littering and garbage. In many areas they have little regard for environmental issues in general and some of the cars are just a disgrace. If you are planning to cycle along the major roads in the south I recommend some sort of breathing protection. The exhaust fumes of busses, trucks and some of the old cars are literally breathtaking.

The best time to travel is in the dry season between November and April.

Chicken busses are the cheapest and probably also the fastest way to travel around. They are easy to spot. Chicken busses in a former live served as school busses in the US and are in different stages of decay. Most of them are painted in bright colours some look really flashy. They are driven by suicidal maniacs that either get paid on average miles per hour basis or by how many of the passengers shit their pants while being on the bus.

Micros or collectivo – Mini vans that travel along the major roads and pick up passengers on the way. They are cheap and relatively fast but often overcrowded. They are a good alternative to the chicken bus.

Regular busses – They don’t travel on all routes and are often difficult to find. It seems to be a rule that they don’t leave from the regular bus terminal. They are operated by different companies (depending on the region where you travel) and often have their own terminal. They are a fast but a little bit more expensive than a chicken bus. They can be anything in between ultra modern and a heap of scrap.

Travel vans are organised by travel agencies and can only be booked there. They are much more expensive but convenient and most of the time feel and look safer than public transport; most of the time.

TUK TUK – they are mostly found in bigger cities. If you don’t mind risking your life to save a dollar and are not afraid of horrible injury or a painful death they are your first choice. There – admittedly – are reports of people who not only survived a TUK TUK ride but also unharmed.

Taxis – greedy bastards and only to be found in bigger cities. Often the only choice when you are lost.

Rental Cars – possible but I’d think about it twice. It’s easy to get lost and the traffic rules seem to be slightly different from the rest of the world. It’s best described as road war.

Boats – always ask for publico. They are much cheaper but often don’t look very trustworthy. There barely ever is an alternative. Look at it this way; bus drivers are suicidal, boat owners in most cases want to survive the journey. They tend to know what they are doing.

Airport – most people will arrive by plane. The airport in Guatemala City is brandnew and fairly OK. Immigration is easy. All you have to do is filling in a form.

Local flights are in small machines. They are expensive but fast.

There is an airport tax when you leave the country by air. In 2009 it was 3 USD or 20 Q. In older guide books you will find 30 USD but if this was ever true it is no longer the case.

The official currency is the Quetzal. One US Dollar is approximately 7.50 GTQ. There are ATMs in Guatemala but they can be tricky. In some places you can’t take out more than 1000 Quetzal at once and some cards (like my irish Laser Card) only work in some banks. Especially the latter can be quite annoying some places I had to leave only because I couldn’t take out any money. Keep it in mind!

I recommend to always travel with some cash or traveller cheques. As a backup I’d carry a few US Dollar anyways. It is the easiest to exchange.

For Guatemala the general rule applies; Visa is widely accepted with a Master Card you may not be as lucky.

Get the normal vaccinations for Central America. That includes Hepatitis A and B, Rabies, Polio and Tetanus.

When it comes to vaccinations I’d say better safe than sorry. I personally don’t believe in Malaria prophylaxis but I’d recommend to have stand by tablets just in case. At the end of the day a mosquito net and repellent are the best protection.

Guatemala is now considered reasonably safe. The political situation is stable since 1996. With the country being rather poor occasional raids still happen. Best ask around just before taking off on a trip. You will probably see a lot of military. My impression was that they got it under control. Don’t rely on it. If possible avoid over night busses. Hide some cash just in case you are involved in an assault. In most cases they want your money and nothing else.