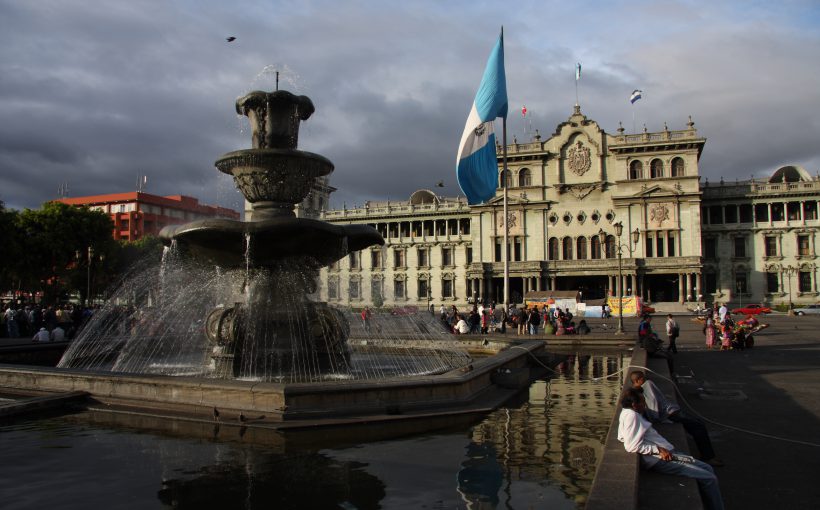 Let’s face it; Guatemala City is a dump. It’s dirty, it smells like a toilet, is noisy, polluted and not particularly pretty. That doesn’t mean is has no charm. Quite the opposite; I actually quite like it.

It is a vibrant city with about a zillion little market stands, shops, cafes, restaurants, amusement arcades and so on. The people I met were incredibly friendly and helpful. Within the city there are a few hidden gems. There area around Parque Central with Palacio Nacional de la Cultura and the Cathedral for example is quite pretty. And there is more. If you look hard enough you will find a few rather nice looking buildings and churches however; I wouldn’t go to Guatemala City for the looks.

Rumour has that there are nicer areas than Zona 1 but I gotta admit I didn’t actually leave the city centre. Since there is so much to see in Guatemala and my time was limited I moved on quickly. There is one place I want to mention since I absolutely loved it.

Hotel Spring is awesome. It is quite, has a pretty patio with flowers and a chill out area. The rooms are impressive, you’ll see what I mean.. The people are most helpful and although I found the 25 US I paid for the room anything but cheap it was well worth the money. They got cheaper rooms as well but since I travelled almost two days to get here I treated myself to some luxury.

Finding a working ATM can be a challenge when travelling with the “wrong card”. After searching for quite a while I finally found one in some kind of shopping centre that mainly consisted of amusement arcades and restaurants. It was somewhere between calle 13 and 11 not far away from San Francisco on Ave 6. Best ask around. It’s easy to get lost.

A good place is also the Colonial. It is as central as the Spring and also a rather nice place.

A place I quite liked is Bar Sabrina. It’s on 8 Av just a few meters north from Hotel Spring. If you follow the 8 Av further there is a also nice cafe to the left.

Nais Aquarium – This place was highly recommend. The main reason to go there would be to dine. In their fancy fish restaurant they have 15 huge aquaria set up with sharks, moray eel and other exotic fish. The question who is watching whom eating still has to be answered. The place looks awesome!

Guatemala City shuts early. By 8 PM everything is closed including most restaurants as it looks. All that was open afterwards were bars. Suits me, just make sure you have dinner beforehand.