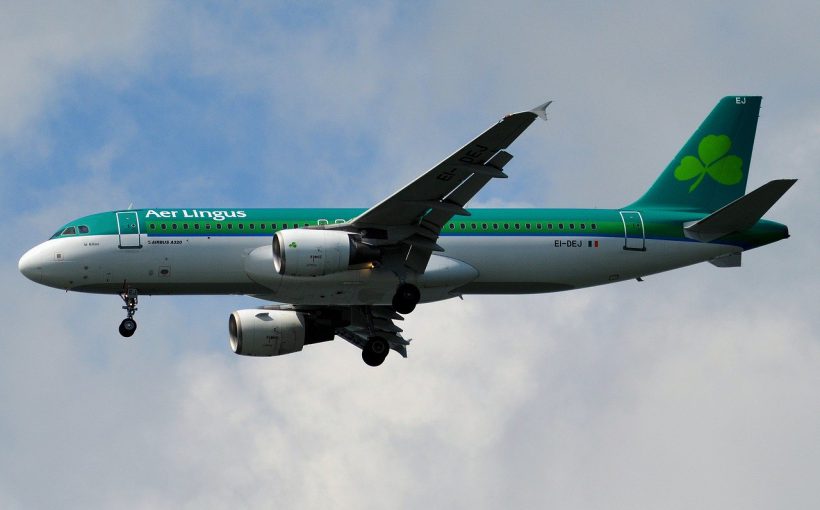 Dublin Airport is by far the largest airport in Ireland. With over 30 million passengers per year it is 5 times bigger than the airports in Cork and Shannon. In recent years, Dublin Airport has been significantly expanded despite the economic crisis. A second terminal was built at a cost of around 600 million euros and a second runway over 3 kilometres long was constructed. The airport is now able to handle up to 35 million passengers a year.

Between 2008 and 2011 however (after all was finished), the number of passengers dropped from 23 million to 18 million due to the recession. Passenger numbers climbed since. In 2018 Dublin Airport reported 31.5 million passengers.

There are few domestic flights, Ireland is relatively small after all. The majority of flights go to Great Britain, Central Europe, the Mediterranean holiday regions and the USA. Dublin Airport is the home airport of the Irish airline Air Lingus and the low-cost airline Ryanair, which is now very well known throughout Europe.

The airport is located approximately 10 kilometres north of Dublin city centre and 8 kilometres from the sea near the municipality of Swords. The M1 Dublin – Belfast motorway passes directly by the airport. If you want to go to the south of Ireland, you can bypass Dublin on the M50 motorway coming from the airport. The Northern Irish city of Belfast is about 150 km north of Dublin Airport.

There are many public buses between the city centre and Dublin Airport. The state bus company Dublin Bus often operates express buses called “Airlink” to the city centre for 7 Euros. These take about 25 minutes outside rush hour. If you want or need to save money, you can also take a slower city bus for just under 3 euros. These stop frequently en route and take at least 45 minutes to the city centre.

Bus Eireann offers direct buses from Dublin Airport to other cities in Ireland (e.g. to Cork). There are also many other private bus companies that operate buses here. In total there are about 600 buses daily to and from the airport.

A taxi from the airport to the city centre costs about 35 euros (journey time 20 – 45 minutes depending on traffic). Of course, as in every big airport, it is also possible to rent a car at the biggest airport of Ireland. It is almost always cheaper to book the rental car in advance on the internet.