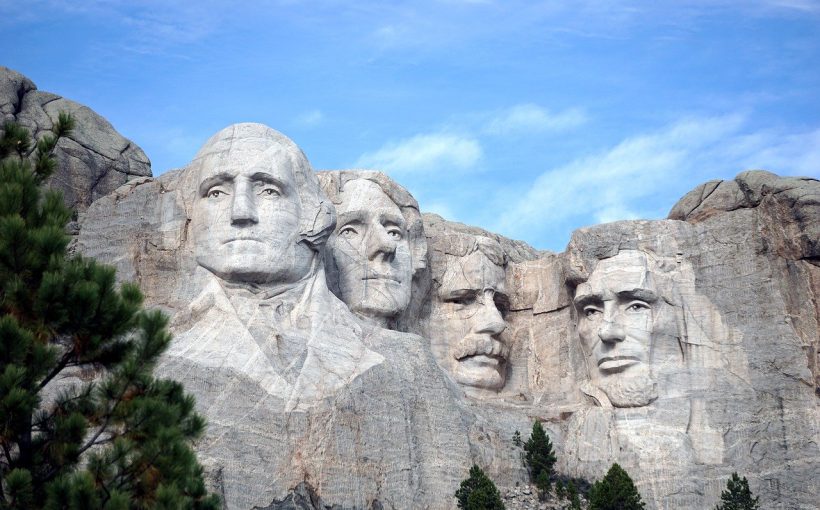 This section deals with the continent North America. Contrary to popular believe there are more than just 3 countries belonging to it. North America stretches from Canada in the north to Panama in the south. Greenland, Bermuda and the Bahamas are North American as well as all the Caribbean countries as far down south as Grenada, Trinidad and Tobago and even the Netherland Antilles.

Geographically it belongs to the northern hemisphere. It is bordered by the Arctic sea in the north, the Atlantic in the East, the North Pacific in the West and the Caribbean in the South. It is also connected to South America by a relatively narrow land bridge at the border between Colombia and Panama.

North America covers an area of almost 25.000.000 square kilometres, that’s over 16 percent of earths total landmass. That makes it the third-largest continent.

As far as we in Europe are concerned the continent America had to be discovered (meaning by us). This was first achieved by the finest explorers the old continent ever produced: The Vikings.

For all we know a young explorer named Leif “the lucky” Ericsson lead an expedition that at more less around 1000 AD discovered North America. Some reckon that he went off course when sailing to Greenland and ended up in America but we don’t think so. The Vikings were expert navigators and Leif “the Lucky” was the son of infamous Eric the Red. The latter was the first ever European to set foot on Greenland. Eric even founded a settlement there. Greenland therefore was familiar terrain for Leif so he would hardly miss it. His expedition most likely landed in Nova Scotia (Canada).

Pretty much 500 years later the same (discovering America) was achieved by an Italian explorer. His name was Amerigo Vespucci and it seems likely that the continent was even named after him. There is some discussion where the name derives from though. To me it sounds plausible to name it after Amerigo and we all admit that there is a similarity especially when you look at the Latin version of his name: Americus. The guys who drew the first map did it according to his description so they probably gave him some credit.

Vespucci was also the first to suggest that the New World was in fact a new continent.

Should you miss one name here you are right. The much more famous explorer Crist?al Col? (Christopher Columbus) should be mentioned here as well. He was the first to discover the West Indies that technically belong to North America. We therefore want to give him some credit but not too much. After all he seriously believed that he had discovered the west rout to India which even back than wasn’t a particularly good guess.

There still is an argument about North Americas early history. Some believe that the first settlers arrived about 13.000 years ago. These first people to conquer the continent – according to this theory – belonged to the Clovis culture. They are believed to have crossed the land bridge that during the Ice age existed between modern day Siberia and Alaska. There is lot of evidence that this theory is wrong though.

The first people most likely arrived much earlier. Evidence suggests at least 40.000 years ago. Especially in the US paleontological research is difficult since Indian lobbyists tend to claim any bone that is older than 500 years as a potential ancestor and therefore not to be desecrated by scientists. It’s not easy to do scientific research under these conditions.

We know a little more about more recent history. Most famous are the high cultures of Mesoamerica: Aztecs, Mayans, Olmecs. They built huge cities ? bigger than anything in Europe at that time ? were famous astronomers and mathematicians, had their own writing system, last but not least built fantastic temples and pyramids.

In 1521 the Aztec capitol Tenochtitlan was captured by the Spaniards. This was pretty much the end of a long decline of the Mesoamerican cultures that had started in the 9th century.

Up until the 18th century most of North America was under colonial rule. First the US declared independence (1776), Mexico followed in 1810, Canada in 1867. Sorry if I’m not going into too much details here about all the other countries that belong to North America.

What followed was the Cold war between the US and the Soviet Union. After the collapse of the Soviet Union the United States were the only remaining superpower for a while.

Especially in recent days the role of the US in global affairs has caused controversy. Unilateral actions against sovereign countries in consequence of the horrific terrorist attack on September 11th 2001 have cost sympathies. The disregard to modern day problems like global warming and shortage of resources did not help either.

Language: There are two official languages in Canada (French and English), the US has English as the official language but a gigantic Hispanic population, most of Mesoamerica speaks Spanish.

Facts: The world´s biggest stadium is in Korea, the longest river in Africa, the highest mountain and the biggest lake in Asia, the biggest country is Rusia (Europa and Asia). For more tops click here.