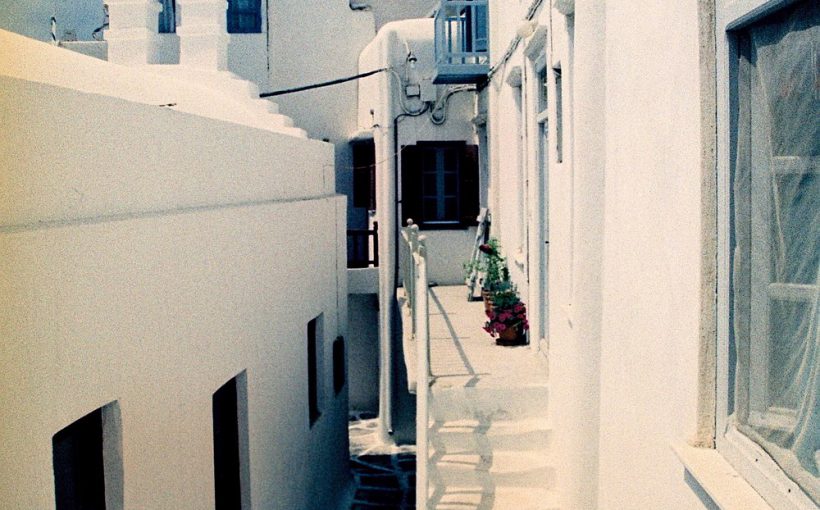 As far as Europe is concerned Greece is pretty much as good as it gets. The country  is beautiful and the weather is pretty decent as in hot summers and – depending on the area – more or less warm winters. The people are friendly, Greece is easy to travel and by European standards it still is reasonably cheap. What else could you ask for?

I’ve been to Greece about 20 times at this stage, I even lived here for a while. I still haven’t seen all the places I want to visit. There is so much to see and I am not just talking about the country side. Greece is the birthplace of western European culture, home of Homer, Hippocrates, Socrates, Plato and Aristotle. If you consider Crete a part of Greece – back in the old days it wasn’t – it goes back even further.

The most mysterious of the old “high cultures” was founded here. The Minoans didn’t build fancy pyramids but their cultural and artistic achievements are unique. Most unusual is the fact the until this very day no decent weapons were found that date back to Minoan times. We are talking about the 2nd Millenium before Christ. A highly developed and rich society that did not possess any weapons other than ceremonial daggers and swords – useless in combat – is something you won’t find anywhere else.

They built beautiful palaces that weren’t surrounded by walls. Their wall paintings and their pottery are so skillful that archaeologist could not believe that they date back to the second millennium. Some of the artifacts still puzzle the experts since they cannot explain how the Minoan’s managed to create them. Crete for many reasons is my favourite island.

Very popular are the Cycladic islands with Santorini, Myconos, Paros, Naxos, Ios and Milos to name the most popular. The island group is well know for its beauty and fantastic beaches. Most of the islands are pretty touristy though.

Other tourists hotspot are Rhodes in the Dodecanese, Zakynthos with its famous beaches, Corfu and of course the famous sites on the mainland.

To call the Greeks laid back would be a bit of an understatement. They basically invented it. The good thing is they really chilled out although they constantly seem to shout at each other. You’ll find them really pleasant. The food is excellent and eating out pretty common. A dinner with some locals is a event you won’t forget. It is tradition to order food as if you want to feed an army. If the Greeks order you will end up with about twenty plates for three people. It’s nice though.

Another nice thing about Greece is public transport. It is mainly done by bus (and ferries of course); it is pretty good and dirt cheap. That makes Greece easy to travel and on that note: Everyone there seems to speak fluent English. It’s perfect.