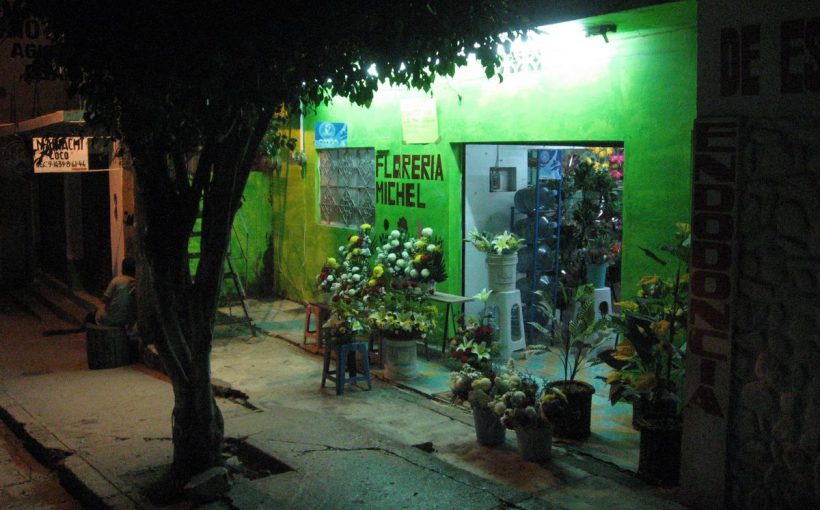 Mexico is the motherland of the great ancient Indian civilisations with their historic sites. Namely the Olmecs, Mayans and Aztecs left some spectacular structures that are now the main attraction of Mexico. Other than that the country has awesome beaches and a beautiful countryside. Mexico is huge so it is a good idea to map your route before you go there. Depending on what you want to do you may have to go to entirely different parts of the country. This can take days. Mexico has a pretty decent public transport system but it is mainly done by bus. Especially in mountainous areas travelling can be painfully slow. Keep that in mind when planning a trip.

The local currency is Pesos. 10 Pesos are 1 US Dollar (February 2008). Most people in Mexico speak Spanish, in some areas however they don’t. In remote villages in Chiapas for example you’d need some sort of Mayan. Well, I don’t even speak Spanish so it made no difference.

I’d consider Mexico reasonably safe but don’t rely on it. Some areas are dodgy. Check with the local tourist information or travel agencies especially in poor areas like Chiapas. You will see a lot of military on the streets. Checkpoints are very common there.

Don’t take any pictures of military installations. Military and police walk around heavily armed and the don’t look like as if they’d win a price for “sense of humour” any time soon. As a tourist you have nothing to worry though. They might check your luggage though. It’s not a good idea to get caught with drugs!

For Latin America in general get a Visa rather than a Master Card. Visa is widely accepted but nothing else. There are ATM’s pretty much everywhere. Maestro, Plus and Cirrus seem to be the most common. Always have a backup of at least 100 USD in cash. You might get stuck and need it.

You will have no trouble exchanging Euro but at borders for example they accept the local currency or Dollar. Get small notes not bigger than 20. As for Mexico: Credit Cards are pretty useless here at least when it comes to paying for meals or even a room. Cash rules.

When it comes to vaccinations I’d say better safe than sorry. I personally don’t believe in Malaria prophylaxis but I’d recommend to have stand by tablets just in case. At the end of the day a mosquito net and repellent are the best protection.

I’d definitely recommend Hepatitis A and B (they are useful anyways and last for a lifetime), Rabies, Polio and Tetanus.