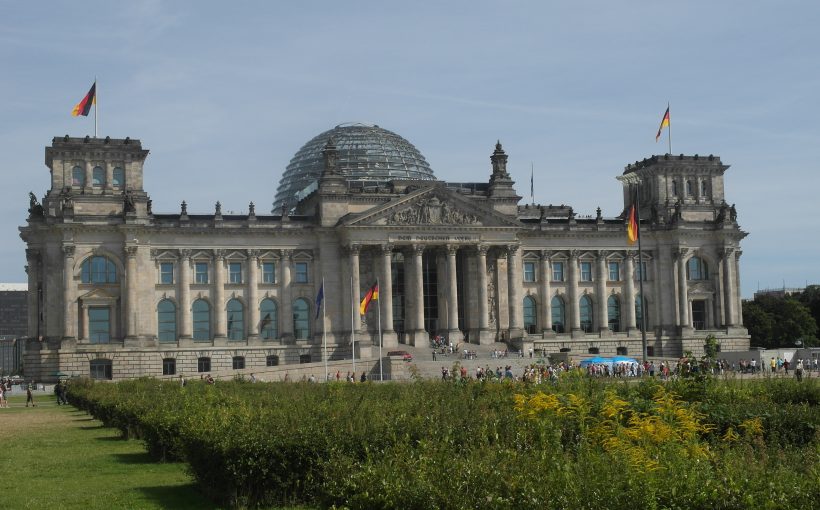 The Reichstag in Berlin was original built to house the parliament of the German Empire which at the time was called Reichstag. After the division of Germany it was no longer used but at least preserved. The structure remained more or less intact although the building had taken some damage from a fire in 1933 and of course World War II.

After 1990 and the end of the cold war Berlin was nominated the capital of the now reunited Germany. The government subsequently decided to move from Bonn to Berlin and ordered the Reichstag building to be restored to former glory. It now houses the parliament of the Federal Republic of Germany (Bundestag).

Visit the Reichstag: You can visit the Reichstag and the famous glass dome. A tour must be booked in advance on the Internet. Tours in English language are available almost daily.   >>> Booking and more Information

The Reichstag is one of the main tourist attractions in Berlin. It is a historic place. From the Reichstag balcony Philipp Scheidemann proclaimed on November 9th 1918 right after the end of World War I. the first German Republic.

Another significant date is February 27th 1933 when a massive fire broke out. It destroyed chamber and cupola. In a spectacular propaganda trial Hitler tried to blame the communist for the arson but failed to prove it in court. The arson was also used as an excuse to suspend most of the fundamental civil rights from the Weimar Republic and subsequently the “edict of the president to protect nation and country”? became the basis for the prosecution of political enemies.

On April 30th 1945 two Russian soldiers hoisted the Russian flag on the Reichstag which became THE symbol for the defeat of Nazi Germany and the end of the war in Europe.

The original design of the Reichstag was by Paul Wallot. He combined elements from Renaissance, baroque and classicism with the ultimate goal to make the building look impressive and prestigious. He succeeded. The famous pediment inscription “Dem Deustchen Volke” ([To] the German people) was added in 1916.

After World War II the badly damaged Reichstag was no longer used. In 1957 the dome had to be blasted for static reasons. A first phase of reconstruction started the same year and was led by Paul Baumgarten. He glazed the chamber and changed the whole character of the building. Many of the – let’s say “historic”? – features were pushed in the background.

A second phase of reconstruction was started in 1994. Sir Norman Foster won architectural contest for the reconstruction. His winning proposal had very little to do with what was later realized but that’s fairly typical I’d say. He did changed the face of the Reichstag completely though and – looking at the result – transported it into the 21st century. Especially the glass cupola, which wasn’t part of the initial design, became a huge success.

Before reconstruction began the famous wrapping artist Christo had his once in a life time chance to fulfill his ultimate dream. He was allowed to wrap the Reichstag. And he even paid for the entire event himself. While many people were skeptical beforehand the event became a massive success. Christo even won the hearts of the Berliner which isn’t an easy thing to do. Millions visited the Reichstag and I will admit that I was impressed by how absolutely and astonishingly cool the wrapped Reichstag looked.

Reconstruction was completed by 1999 and the Reichstag has been one of the most popular and most visited Berlin attractions ever since. Apparently it is the second most visited attraction in all Germany by now. Most popular is walking up in to the cupola. Visitors need to register. The easiest way is the visitor service. It’s at the southern end of Scheidemannstraße. It takes at least two hours between registration and entrance!

Visit the Reichstag: You can visit the Reichstag and the famous glass dome. A tour must be booked in advance on the Internet. Tours in English language are available almost daily.   >>> Booking and more Information

FACTS ABOUT THE REICHSTAG: