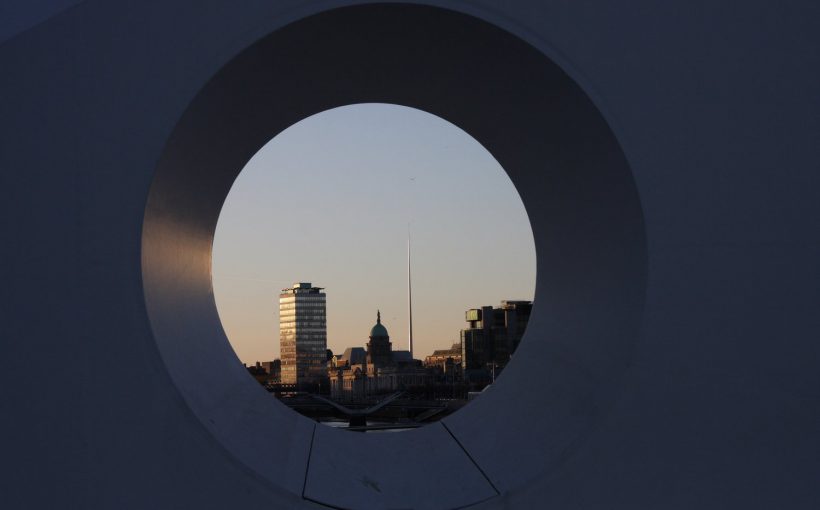 Dublin is the capital of the Republic of Ireland and is located on the central east coast of Ireland. In the south it borders the mountainous landscape of the Wicklow Mountains, although mountain should not necessarily be thought of as the Alps. North and west the area is rather flat. It is basically farmland.

The city itself has a population of just over one million, and the metropolitan area is home to around 1.8 million people. Dublin is the seat of government. Here the parliament (Oireachtas) meets, which consists of the president, the Seanad Éireann (House of Lords) and Dáil Éireann (House of Commons). Both houses meet in Leinster House in Kildare Street. The office of the President is located in Phoenix Park.

Dublin is a divided city in more than one way. For your orientation you will often hear that something lies north or south of the Liffey. Liffey is the river that flows through Dublin and into the sea here. This division is not only geographical but also exists culturally. The North Dubliner is, in his self-image, hard working, upright and righteous poor. South Dubliners are spoilt and rich and most likely came to their wealth by exploiting virtuous northerners.

Transfer by bus from Dublin Airport: Those arriving in Dublin by plane will need a transfer in the city centre. Taxis are expensive, there are alternatives though. If you travel with a few people you can arrange a private transfer. For three people it works out at around 20 Euro per person.

You can even go by public bus. The DoDublin Freedom Card cost 45 Euro per person but is valid for 72 hours and gives you unlimited access to all public transport. On top you get a 48 hours pass to the Hop-on-Hop-off busses.

On the other hand, the southern Dubliners see themselves as cultured and righteous, while northern Dubliners are neglected petty criminals and brutes. This may be a bit exaggerated, but the resentment is there. That the south is richer is indeed true. This is also reflected in the rents. The fact that everyone in the North is poor and hard working is a legend. There is a certain tendency though so it’s not a total fiction.

Dublin is a green city. Thanks to its location on the Irish Sea, there is always a fresh breeze blowing. There is no smog here, which is good. The constant wind has a downside too. Umbrellas are a rare sight in Dublin. It’s simply useless. Because of the wind you get horizontally rain.

Dublin is reasonably safe for tourists. There is no excessive theft, most violent crime takes place in closed environments and, as far as other violence is concerned, most physical confrontations are related to excessive drinking. The Irish police is called An Garda Síochána, officers Garda (or Gardaí in the plural). The emergency numbers are 999 and 112.

Dublin is by far the largest city of the Emerald Isle, but the city centre itself is quite small. Most of the attractions described here are within walking distance of Temple Bar and O’Connel Street.