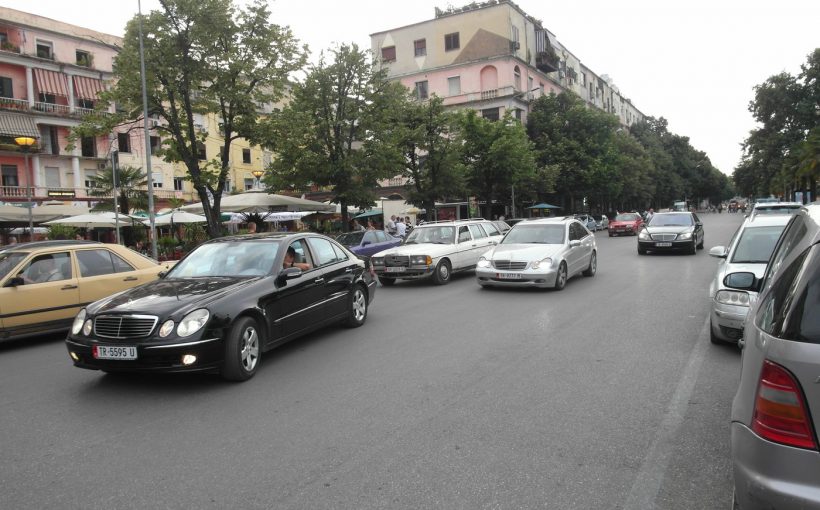 Tirana is the capital of Albania. With an estimated 900,000 people living in the metropolitan area it is also by far the biggest city. The figure seems to be based on a wild guess though. The official figure up until recently was around 620,000 people that live in the city itself. When they did a census in 2011 however there were only about 420,000 people who admitted it.

That’s quite a discrepancy one would think but in many ways it does make sense. Albania seems to work this way. People keep a low profile. They stay under the radar. I can’t blame them. Albania in many ways is a funny country but we will come to that in a minute.

Tirana is the economic, political and cultural centre of Albania and as such the heart and soul of the Balkan country. Parliament and government both reside in the capital. It also is the main transport nodal point. All major roads seem to meet in Tirana. Given the difficult geography it even makes sense. If you are planning to crisscross Albania you will pass through the city a few times.

Considering that Tirana is quite an exciting place that shouldn’t be a problem. Don’t get me wrong; the city is a dump but to get an impression of modern Albania it is THE place to be.

Tirana is situated more or less in the centre of Albania although that isn’t saying much. It’s only about 30 kilometres to the Adriatic coast. The city is pretty much surrounded by hills and mountains. Most notably you’ll find the Djati mountains in the east. North flows the river Tirana, in the northwest is a wide plain.

The climate is Mediterranean with an average temperature of 16 °C. That doesn’t sound like much but it does mean warm and nice for most part of the year.

Sightseeing – as mentioned – is a bit of a problem. There is very little to see. Tirana quite frankly is one of the ugliest capitals I have ever visited. I tried very hard to find some conventional beauty but miserably failed. That doesn’t mean you should leave you camera home. Quite the opposite; Tirana is intriguing. It is a wonderful place; exciting and absolutely worth exploring. There aren’t any beautiful houses, breath-taking architecture, historic monuments or fancy museums but there the city as such.

Tirana is a living capital. You will see weirdness everywhere; wonderful people, crazy traffic, super expensive cars parading along the boulevard – the collection of cars is probably worth more the annual GDP of Albania – you will see knock off McDonalds, beggars selling Rolex, teenagers pretending to be on the phone that on second glance turns out to be a fake plastic; in short you will see how Albania approaches western capitalism. It’s awesome.

When you first arrive Tirana looks dodgy. After walking around for a while that didn’t really change. There is one place though that makes all the difference: The Tirana Backpacker Hostel. Within a day it became one of my favourite hostels in the world. It is a gem stone and probably one of the nicest places in all Tirana. The guys there are fantastic, knowledgeable and extremely helpful. They can even explain the public transport system and that is saying something. They also know how to party. What else could you possibly ask for?

The Tirana Backpacker Hostel is not far away from Skenderbeg Square in the Rruga Elbasanit 85. It’s not particularly difficult to find. Just walk down the road until you see a beautiful villa that says Hostel. The location is perfect. Within 10 minutes’ walk you are in the Blloku quarter. This is where you want to be in the evening.

The quarter is a popular place with the young and beautiful with plenty of cafes and busy nightlife. Considering that the hostel has a nice garden with bar that serves very reasonably priced beverages you don’t actually have to go anywhere. You can even bring your own booze. It is a beautiful place to chill out and take a break from your busy travels. You may want to book ahead. The hostel only has a few beds. Free Wi-Fi!