One of the best excursions in San Francisco (California) leads to the legendary prison island Alcatraz, which is a few kilometers off the coast of the metropolis. This tour also passes under the Golden Gate Bridge, the second major sight in the ocean near San Francisco. The tour lasts 90 minutes, on the way you will learn a lot about the island Alcatraz with the world-famous prison. Alcatraz is specially famous for spectacular escape attempts from the island prison. There are several famous novels, movies etc. about it.

>>>  On this link you will find more information and the tickets

The tour costs just over 40 dollars. The interesting boat trip takes about 1.5 hours. Many participants book online. Buying the tickets on the spot involves risks. The excursion to Alcatraz may be fully booked or there may be long waiting times: On the website of Getyourguide you can book the boat trip. 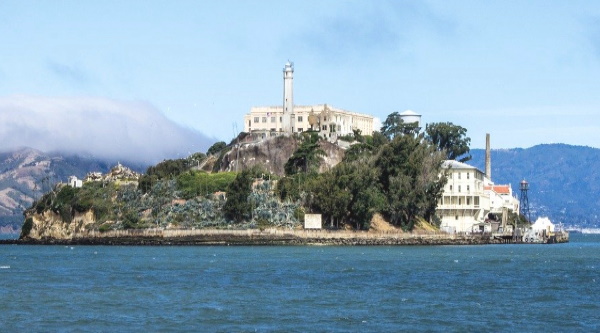 The boat trip to Alcatraz

Meeting point and start of the trip to Alcatraz is at the legendary Pier 39 in the Fisherman’s Wharf district in San Francisco . The area is very popular with tourists, there are many restaurants, museums, hotels etc.

You go under the famous Golden Gate Bridge. Fisherman’s Wharf is approximately 3 kilometres east of the world famous bridge. 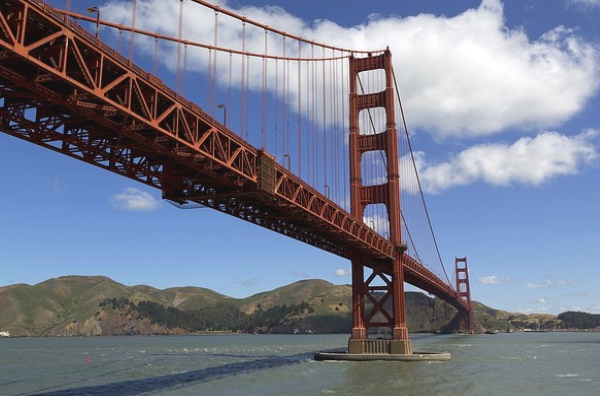 In addition, you circle the island Alcatraz by boat. During the trip you hear many interesting stories about the island, the former prison, famous prisoners like Al Capone and escape attempts.

Most of the participants like the boat trip very much, the tour has good ratings on the internet. The excursion takes place almost every day of the year, on many days also several times. Exact dates can be found on the booking website.

The departure point Pier 39 in Fisherman’s Wharf can be easily reached with the Light Rail (tram) lines E and F. The tram stop is called “The Embarcadero & Stockton Street” (Stop Number: 14530).

>>>  On this link you will find more information and the tickets

The island is about 2 kilometres from the mainland. Many escaping prisoners tried to swim to the mainland. Only a few reached their destination. There are strong currents, the sea around San Francisco is very cold even in summer.

The Alcatraz prison was in operation from 1934 to 1963. On average there were about 200 prisoners on Alcatraz. It was a maximum security prison for felons. Only few escape attempts were successful. Many prisoners were held here for more than 10 years.