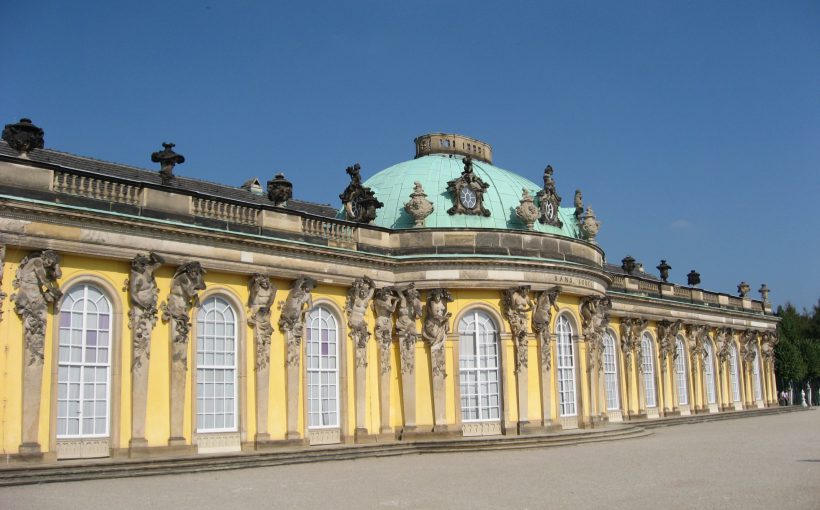 There are a number of ways to explore a new city. Many of these take time that you may not have or don’t want to invest. Potsdam is not particularly big and most sights are within reach so you do not need a lot of travel time to get there. You might consider just doing a day trip from Berlin then. There are a number of options.

If you are particularly interested in Sanssouci Palace for example, there is a guided tour from Berlin. Especially for the palace I would very highly recommend to book in advance as you might otherwise spend more time queuing than actually visiting. Sanssouci is not just the biggest UNESCO World Heritage Site in Germany, it is also one of the most popular. If you only have time to do one thing in Potsdam, this is where I would go.

If you would like to see a bit more of the Imperial Potsdam there is a similar tour from Berlin that does focus on the legacy of the cities kings and emperors. There are some spectacular palaces and streets that are in baroque style. Unless you are an expert on that particular architectural style I would always recommend getting a guided tour. You get a lot more out of it to be honest.

>>>   Potsdam half day tour from Berlin – the imperial city

If you prefer to travel individually and set your own pace, no problem at all. Assuming you do stay in Berlin, you can take a train (regional train RE1 for example from Alexanderplatz, Hauptbahnhof or Zoologischer Garten) to Potsdam. A bit slower but more frequent is the S-Bahn S7. It takes roughly half an hour from Alex to Potsdam. For both you can use an ABC ticket from the BVG (The Berlin Public Transport Authority). These ABC tickets are valid in Potsdam as well.

To make your life easier; you can instal the BVG ticket info app to get all connection including Potsdam local public transport. The two transport services are linked. The app is super useful.

In Potsdam the easiest way of getting to all sites is the Hop-on/Hop-Off sightseeing bus. You probably from about every single bigger city in Europe that attracts tourism. Especially in summer they are nice. You can sit on the upper deck and take pictures while being driven around.

Discover Potsdam with your mates

There are some offers that specialise in smaller groups. It is normally up to 8 people and you cannot book an individual ticket. It might be worth checking out with people in the hostel if they are up to it.

One I particularly like is where drive around Potsdam in an old Russian minivan. You do get a local guide that shows you around Film studio Babelsberg, Park Sanssouci, Cecilienhof, and Glienicke Bridge. With this you tick quite boxes while you kick back and relax. Great fun.

Prefer the chill of the cold war instead of the warm fuzzy feeling you get when looking at old palaces from kings and queens? Watch out. There is (just another) tour in a Russian Minivan but this one has a focus on the Cold War. Potsdam had plenty of this as you can imagine. Cold War doesn’t get much colder than Checkpoint Charlie.

I have not actually done this myself (mainly because I did not know about it at the time) but I was told that it is something special. So if you are the type that goes to Egypt and skips the pyramids for some spiced tea in a Bedouin tent out in the dessert this could be for you.