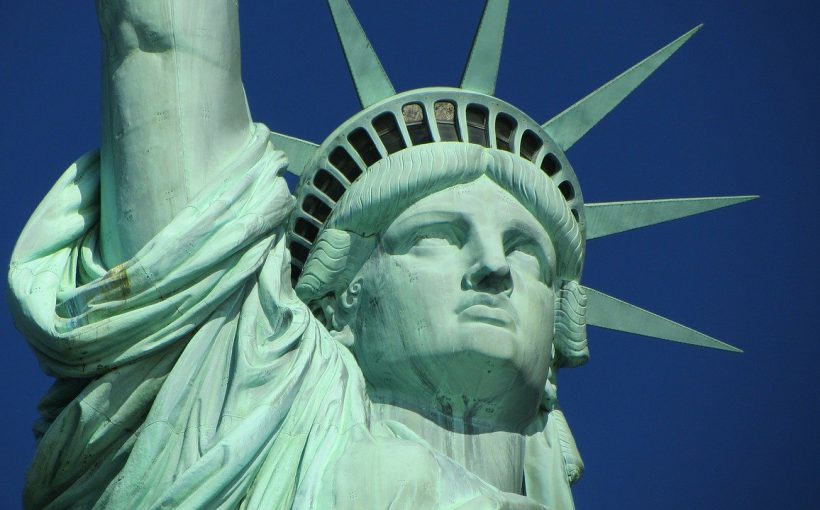 The United States of America – or USA as most people call it – is the dominant superpower of today. The USA is not only the worlds strongest economy but also the supreme political and military power of our time. The US holds almost a third of the global wealth even though only 4% of the worlds population live there. That says it all doesn’t it?

I guess every single person in this world knows the US and most likely has an opinion. So what is there left to say? Well for starters, I quite like travelling the United States. The people there are genuinely nice and friendly. It probably comes with the self confidence of being a citizen of the country that is by all means the leader of our western civilisation (or the free world as they like to put it). Or may be they are just so chilled out because they grew in a country where “anything goes”.

The only thing I found difficult was, that the way the law works depends on the state you are in or even worse the county. This can be utterly confusing. Some things, that are perfectly OK in one place, may be considered a serious offence in another. And this applies to a number of things.

In one state for example your car does need insurance, in the next it may not. Sounds weird? Yes! And it is important for planning your trip. In Florida for example you can rent a car for small money but it doesn’t come with certain insurances. That is okay (except it is crazy), but only as long as you do not cross in to the next state.

Some counties are considered dry counties. They don’t sell any alcohol. In some parts of California, you cannot even smoke outside. It is worth asking at the hotel reception if there is anything important you need to know in the area.

The USA has exactly 2 neighbours; Canada to the north and Mexico to the south. That is pretty unusual in itself. The USA extend from the Pacific in the west to the Atlantic in the east. It covers an area of 10 million square kilometres. The official language is English even though at this stage Hispanics might represent more than half of the population.

The United States were founded in 1776 by the declaration of independence. At that stage the country was much smaller. With a constant influx of settlers from the old world it expanded to the west until it reached the Pacific. That expansion happened at the expense of the native population. We probably all heard about that. The rest of the territory was conquered or – in the case of Alaska – bought from a foreign power.

As the name suggests the United States of America is a federal republic of 50 states. On top there are five territories. They all hold governmental jurisdiction over their territory, the states also posses a number of powers and rights under the United States Constitution. Each state sends representatives to United States Congress, depending of the number of people living there, they are also entitled to a number of electors that are gathered in the electoral college. These men and women at the end elect the president. This should happen in accordance to the result of the public vote in that state but technically they can ignore the peoples vote. When the founding fathers drafted the constitution they were a bit suspicious about their own folks.

The US is widely considered the oldest surviving federation. That doesn’t mean their electoral system is super democratic. One can become president without winning the public vote. So even though more people voted for the other candidate, the electoral college is decided in favour of the other.

The local currency is the US Dollar. The US invented credit cards so they are very common. You can pay more or less everywhere with a card.

There are a lot of stereotypes when it comes to the people. A lot of them do not hold a passport as they never left the country and do not intend to ever do so. They may not be as well informed about your local politics as you are about theirs but again, that comes wit the territory. Nobody in the US cares about anything outside of America. Best don’t get into politics when talking to them.

The people are genuinely friendly and very hospitable.

Another thing you should know, guns are perfectly legal in most places. Some states even decided, it is a good idea to allow guns in bars. Don’t get in to an argument and always assume the other person is armed. The police certainly does. So if you do get stopped keep your hands where they can see them. They mean business and I cannot blame them.

Unless they live in a big city like New York, people are not really into public transport. Trains and busses exist but they are not very popular. Americans either drive a car or fly. The latter is a necessity considering the sheer size of the country. In many rural areas there are no sidewalks at all. People simply do not walk anywhere.

Since the United States of America are one gigantic country we will focus on a few selected places that we particularly liked.

If I should name a few selected highlights, it would be: New York, New Orleans, San Francisco, Los Angeles, Miami, Orlando and Florida in general, The National Parks including the Grand Canyon, Las Vegas and Niagra Falls. To a lesser extend Nashville, Philadelphia, Boston and Washington D.C.